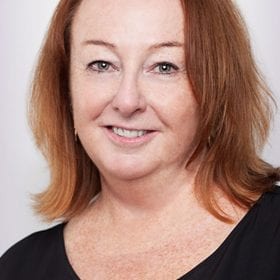 For over 30 years Cathie has practised exclusively in family law and disputes.

Her work has focussed on primarily financial and property matters for married, de-facto and same sex couples. She is expert in resolving complex family financial arrangements and has extensive experience in dealing with parenting matters.

While it is often said the majority of a family lawyer’s work may be at the end of the relationship, Cathie  also  advises  clients who are preparing for cohabitation and drafts financial, or pre-nuptial agreements under the Family Law Act and the Property (Relationships) Act.

Cathie is widely lauded for her sensible and pragmatic approach to  family law and is known for driving effective settlement negotiations and encouraging alternatives to traditional Court processes.

Cathie has written and presented many papers on family law issues for continuing professional legal education (including on the relationship between bankruptcy and family law and binding financial agreements).

Cathie was admitted as a solicitor in New South Wales in July 1988 and  commenced practice in a busy suburban family law firm, conducting a wide variety of family law and related work.

In January 1996 she commenced as Senior Associate at (the then) Stuart Fowler & Associates  and was appointed a Partner in 2000.

Cathie has been recognised as a ‘Leading Sydney Family & Divorce Lawyer‘ by the independently researched and peer nominated Doyles Guide for 2018, and in preceding years.

Along with Principal Nigel Nicholls, Cathie co-founded Blanchfield Nicholls in 2007.