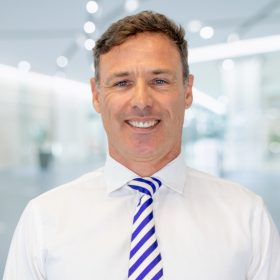 Chris Davis is a corporate and commercial  lawyer. Chris started out in Sydney working for Ernst & Young Tax within their International and Media Group. In 1998 he joined Blake Dawson Waldron (now Ashurst), first in the Sydney office, and later as a member of the firm’s Brisbane corporate advisory group. Since that time he has also worked for two years in the London office of SJ Berwin (previously King & Wood Mallesons) specialising in matters affecting private equity funds and property funds.

His expertise is in mergers and acquisitions, capital raisings, due diligence, takeovers, joint ventures, corporate restructuring and private equity transactions.  He has acted for listed, unlisted and government clients across a range of industries and sectors.

There are four components to Chris’s practice:

Admitted as a solicitor of the Supreme Court of Queensland

Admitted as a solicitor to practice in New South Wales

Admitted as a solicitor of England and Wales