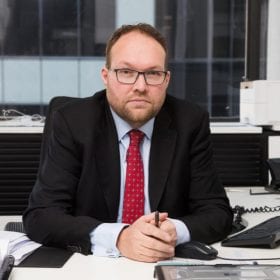 For as long as I can remember I have been an advocate for people’s rights.

After finishing my law degree I worked as an Industrial Officer for the National Tertiary Education Union in Tasmania for three years. I left this job and moved to Sydney in 2000 to become a lawyer.

In January 2001 I joined Turner Freeman Lawyers at its Parramatta Office as a law graduate and then solicitor. For the first seven years I worked as part of the group prosecuting claims for victims of asbestos diseases. I loved (and continue to love) this work and have been humbled by the privilege of representing and helping people at a terrible stage of their lives and the trust they have placed in me to get the best result possible. I was involved in a number of test cases including two matters that ended in the High Court, both of which have had significant effects on the law and the ability of victims of asbestos disease to recover damages. As a result of one of these claims insurers now need to prove the limit of a policy of insurance rather than a victim proving a policy was unlimited.

I have acted in a number of significant employment and industrial matters. I was the solicitor for the Australian & International Pilots Association during the dispute between Qantas pilots (and other Qantas employees) and Qantas management in 2011-12 (when Qantas grounded the airline). I ran the first successful claim under the Independent Contractors Act and one of the few successful sexual harassment claims resulting in a significant award to a woman who suffered serious psychological trauma as a result of harassment and victimisation.

In 2016 I decided, with my colleague Tanya Segelov, to establish Segelov Taylor Lawyers. Our mission is to provide high quality, personalised legal services in a few core areas.