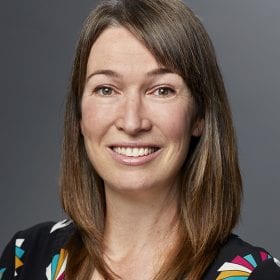 Elizabeth is an accredited family law specialist and is collaboratively trained.

Elizabeth undertakes a broad range of family law files - from complex financial matters to appellate work to parenting disputes that include interstate and international relocation, child abduction and cases involving serious allegations of violence and abuse. She is also experienced in maintenance and child support matters. Elizabeth appears in Court regularly as a Solicitor Advocate, including as an Independent Children’s Lawyer.

Elizabeth’s approach is pragmatic, empathetic and tenacious. She displays keen attention to detail and is strategic in running matters. She has an aptitude for grasping complex, sensitive and fiercely contested issues and works hard to achieve creative and effective outcomes.

During 2007 and 2008, Elizabeth worked for the United Nations Children’s Fund (UNICEF) in the Republic of Kiribati as a Child Justice specialist.

In 2009, Elizabeth was appointed to the Independent Children Lawyer’s Panel.

In 2013, Elizabeth completed a Masters of Law at the University of New South Wales and was named in the Dean’s List for academic excellence. She also gained specialist accreditation in family law.

In 2019, she was named as a finalist in the 2019 Lawyers Weekly Partner of the Year Awards, shortlisted for Family Law and was recognised in the Doyles Guide as a recommended Parenting and Children's matters lawyer.

Elizabeth is a member of a number of professional bodies.