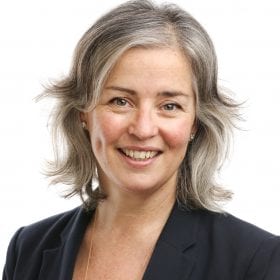 Gai Gathercole was admitted to practise as a Solicitor to the Supreme Court of New South Wales in 1991 and the High Court in 1992 after working as a Law Clerk for three years whilst undertaking the Solicitors’ Admission Board Course. Prior to that Gai obtained a Bachelor of Science Degree in Communication from the University of Miami in Florida, USA.

Gai worked at Marsdens the Attorneys at Campbelltown for a number of years, followed by a short period of time at Wight and Strickland before joining Turner Whelan. Gai gained broad experience in many areas of law both as a law clerk and a solicitor, including appearing in all Courts and Tribunals as a integral part of Turner Whelan's large agency practice.

Gai became an Accredited Specialist in Family Law in 1997. Family Law has always constituted the majority of Gai’s practice, although her practice also includes Conveyancing, Wills and Succession Act matters.

Gai's practice is in all areas of Family Law, from straightforward settlements to complex litigation of financial and/ or parenting issues and the broad range of matters in between, including representing children in contested matters between parents. Gai is committed to using her extensive skills to try and resolve matters for our client's benefit.

Gai is a member of: