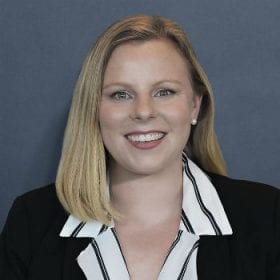 Since 2004, Jane has practised exclusively in Family Law and throughout her career has gained significant experience in running complex and difficult property settlement and children’s matters.

Jane has conducted and been involved in a number of children’s matters involving specific issues such as special needs children and domestic and international relocation.

Jane is known for providing succinct and direct advice and she works hard to ensure exceptional representation for her clients and the best possible outcome. Whilst she is committed to achieving results for clients by way of negotiation, she is well versed and experienced in conducting matters in Court in the event an agreement is not able to be reached.

Since 2008, Jane has been a member of the Family Law Committee of the Law Society of South Australia, the body representing family lawyers in South Australia. She is the immediate past Chair of the Committee, having served in this role from 2012-2018. Jane has also been involved in the drafting and coordinating of submissions to Government and various organisations in relation to topical issues of the law and law reform such as surrogacy, domestic violence and was involved in the review of the family law system commissioned by the Attorney General’s Department; conducted by the Australian Law Reform Commission.

In addition, Jane is passionate about legal education and has, for a number of years, been actively involved in the Graduate Diploma in Legal Practice as a lecturer and marker. In addition, Jane also assists the Law Society of South Australia and Flinders University with their Continuing Education Programmes as both a presenter and chair of legal education sessions.

Jane is a member of the Law Society of South Australia and the Family Law Section of the Law Council of Australia.