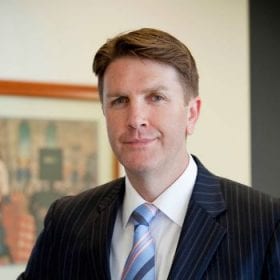 Jason Jacobson has lived on the Gold Coast since 1978. He attended Broadbeach State School then Miami State High, where he was captain in 1987. He studied Arts at UQ before commencing Law at QUT in 1990 before transferring to Bond University on scholarship, graduating in 1994.

Jason commenced 5 year articles of clerkship at the Southport firm of Price and Roobottom in 1990. He was admitted as a solicitor of the Supreme Court of Queensland in 1995 and the Supreme Court of New South Wales in 1996. His name was entered on the role of practitioners of the High Court of Australia also in 1996.

Since 1991 Jason has worked exclusively in the field of private client criminal law defence. He has a wealth of Court experience and has appeared throughout Queensland as well as in New South Wales and Northern Territory. He is married with 3 children and has a keen interest in sport and fitness

In 2001, after 11 years at Price and Roobottom and having been appointed a partner of that firm, Jason left to commence Jacobson Mahony Lawyers in partnership with Darren Mahony. The firm commenced as the only Gold Coast law firm practising exclusively in private client criminal defence law. The firm continues to achieve success for its clients by virtue of focussed effort by highly experienced client advocates.