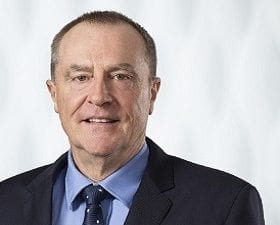 In a career of more than 30 years, Lindsay has worked in the legal branch of the NSW Department of Planning and Infrastructure, at the NSW Parliamentary Counsel’s Office, and as an in-house solicitor for 2 metropolitan Sydney Councils. He formed Lindsay Taylor Lawyers in 2004. Immediately beforehand, he spent nearly 10 years as a partner in a top tier Australian law firm, where he was the team leader of its Sydney practice and the transnational practice director for its planning, environment and local government law practice for several years.

Lindsay acts for many public and major private sector organisations on land use planning and land development matters, specialising in advising on major land release, development and infrastructure projects. He has worked on many green field, urban renewal and in-fill projects in the Sydney, Hunter and coastal regions of NSW and in and near the ACT. He has particular expertise advising on development contributions and planning agreements issues, which was the subject of his PhD thesis in law and economics at Macquarie University, for which he received a Dean’s Commendation.

Lindsay acts for many councils, including in high growth metropolitan and regional areas facing significant development and environmental pressures, and other regional and rural councils needing to balance economic growth objectives and environmental constraints. He frequently advises councils and other agencies on their statutory functions, probity, governance and administration issues, tendering and procurement, land classification, Crown land issues, rating, valuation and compulsory acquisition, and all kinds of regulatory and enforcement issues.

Lindsay was admitted to practice in the Supreme Court of NSW in 1985 and the High Court of Australia in 1998.