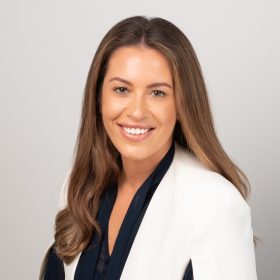 Melissa has practiced exclusively in commercial litigation and building and construction disputes on the Gold Coast since 2009. During her extensive litigation career, Melissa has been instrumental in achieving remarkable outcomes for her clients in complex property matters, business and partnership disputes, building and construction litigation and body corporate and community management disputes. Melissa’s breadth of experience has assisted in the commercial and effective resolution of minor debt disputes through to multimillion dollar Supreme Court litigation, including the enforcement of judgments after complex and successful hearings.

Melissa is a born and bred Gold Coaster, having graduated from Bond University with Honours, she has developed strong professional ties and is very much a part of the Gold Coast business community. Melissa attended the College of Law in Brisbane, is an admitted solicitor of the Supreme Court of Queensland and the High Court of Australia. She has solely worked in highly specialised commercial litigation practices in Queensland, delivering no-nonsense advice to her clients, with a view to achieving a commercial outcome regardless of the complexity of the matter. In doing so, Melissa recognises the importance of a client’s involvement throughout the litigation and ensuring that the client’s objectives are advanced at every stage of the process.

Between 2011 and 2018, Melissa held the position of Vice President (formerly Secretary) of Young Professionals Gold Coast, a not-for-profit organisation proactively changing the city’s corporate culture and fostering career development for talented young professionals. In that role, Melissa was instrumental in the engagement of the City’s young talent, working with professionals across the Gold Coast to achieve outcomes for the city.

Melissa has also previously held roles on the Queensland Law Society’s Early Career Lawyers sub-committee and has made numerous contributions to the monthly QLS ‘Proctor’ publication. Melissa has also held a committee position with the Gold Coast chapter of Women of Influence.