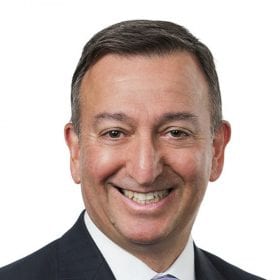 As a Director of Bartier Perry and leader of our Insurance Division, Mick advises employers and insurers on the most effective ways to manage employee claims. Clients rely on his deep knowledge of workers compensation, Workplace Health and Safety (WHS) and skill at managing injured or sick employees.

“Few people have the opportunity to meet a client who is also a coach and a mentor—but I did when I worked with Mick as his client. While working for CGU I had the opportunity to work alongside Mick on many court award and complex claims at the time. I was always in awe of Mick’s ability to command a room and get people on board with ideas—even people who were initially on completely different pages. No matter how hard the case was, Mick’s ability to achieve a good outcome for all parties was amazing. As a lawyer, Mick earns my highest recommendation.” – Ines Pasic, past client.

A word from Mick

"One of my proudest achievements was receiving the NSW Workers Compensation Self-Insurers Association’s award for ‘outstanding contribution and devoted service’. The association consists of around 60 large organisations who are self-insured under the NSW workers compensation scheme. I became involved with the association in the early 1990s and have been an honorary solicitor for it, voluntarily providing advice and representing it at inquiries, industry bodies and forums."