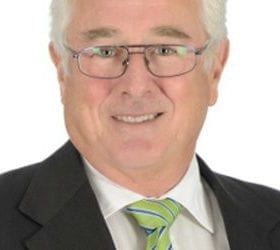 Nick began his career at a major plaintiffs law firm and has worked in a prestigious London law firm, Bird & Bird. He joined A O Ellison & Co in 1978 and was made a partner in 1984.  Nick is currently a Director of Rankin Ellison Lawyers.

Nick is a Senior Director in the firm's insurance litigation practice and is regarded as one of Australia’s leading lawyers in his specialist field.

Nick’s experience enables him to provide accurate, timely and realistic advice and assistance to clients, including many of the major litigants in the field. Nick adopts a ‘hands on’ approach to litigation and usually personally attends court hearings and settlement conferences to ensure the best outcome.

In 2008, Nick acted for the defendant, Amaca Pty Limited (formerly James Hardie & Coy Pty Limited) in the high profile Bernie Banton case. It raised important and novel legal issues, such as that of provisional damages, which was taken to the Court of Appeal for review with just 48 hours to prepare.

Nick has shown industry leadership in educating clients and industry and in supporting best practice legal practice and legislative reform.  He has over 40 years’ experience in litigation, acting over the past 25 years for defendants, their insurers, self-insureds and for some uninsured defendants. He has handled many statutory claims, common law claims and toxic tort claims, as well as Occupational Health & Safety matters.

Nick personally, and the Company as a whole, have acted in hundreds of matters before the NSW Tribunals and, prior to the Tribunal, on the earliest cases involving product exposure in other Courts.

Nick’s work has involved novel and complex legal and medical issues, advising on legislation and insurance issues and the traditional litigation claims handling role. He knows, and has worked closely with, some of the world’s leading experts in the toxic tort field.

Nick practices in the Supreme and District Courts as well as State Tribunals. His expertise has also taken him to defend matters in other jurisdictions in Victoria, South Australia and Queensland, and given him a thorough understanding of the legal issues associated with toxic tort law nationally and internationally.