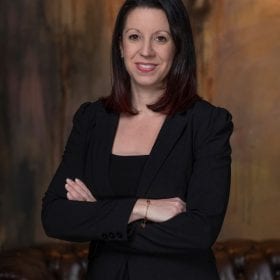 Nicole is a graduate of Murdoch University having completed her Bachelor of Laws degree in 2003. She was admitted to practice in the Supreme Court of Western Australia in May 2005 and to the High Court of Australia in July 2008.

Nicole has experience in all areas of family law including financial and child related matters.

She regularly conducts her own trials in the Family Court of Western Australia and instructs Counsel in complicated property and children’s cases.

Nicole is a trained Independent Children’s Lawyer and acts in this capacity in the Family Court of Western Australia and Children’s Court.

She successfully completed a Master of Applied Law (Family Law) and obtained an LL.M (Master of Laws) through the College of Law Australia in 2014.

Nicole has been named in the Doyles Guide for Family Lawyers in Perth, Western Australia since 2014. In 2017 Nicole as named by Doyle’s Guide as one of the leading family and divorce lawyers, leading in the parenting, custody and children’s category, and recommended in the high-value and complex property matters category.