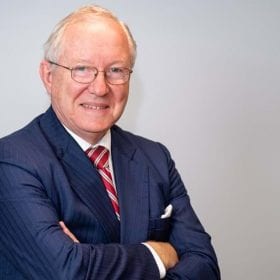 Richard commenced practice in 1976 and has over 40 years of experience specialising in industrial relations and employment law. He became a founding partner of the firm in 1987.

His work has been principally for employers, employer bodies and senior executives.

Richard has been involved in a broad range of industrial relations matters which include:

He has also advised clients on a range of employment issues including:

Richard has acted for employers in the coal, forestry, pastoral, finance and broadcasting industries and for a number of government authorities. He has acted in a number of High Court matters, he was the solicitor for Bryan Pape in his High Court challenge to the tax bonus legislation in 2009.

Richard has been a member of the Employment Law Committee of the Law Society of New South Wales for many years. He is also the Chairman of an independent school.  He is regularly listed as a leading Employment Lawyer in the Doyle's Guide.