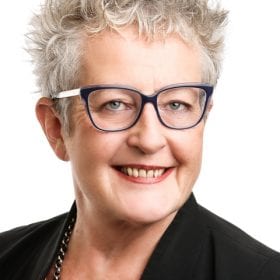 Sue Abrams was admitted as a Solicitor to the Supreme Court of New South Wales and the High Court of Australia in 1982 after completing her BA LLB at Macquarie University. Sue was initially employed as a Solicitor with McDonell Moffitt Dowling Tayler where she developed a broad base of experience in a cross-section of areas, including Family Law, Conveyancing and Estate matters.

Sue’s many years of experience as a Specialist Family Lawyer have equipped her with a wealth of knowledge and understanding of the whole range of Family Law issues. Sue has particular expertise and experience in complex Family Law property matters involving Trusts, Companies, Share Option Plans, Superannuation and Pensions.

Sue is also highly skilled at achieving negotiated outcomes for clients and has conducted a number of successful Collaborative Law and mediated matters. Sue has also presented various papers to the prof