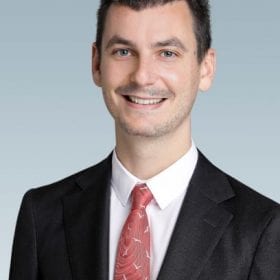 After relocating to the United Kingdom in 2010, James worked as a solicitor at a top family law firm in central London.  During his time in London, James worked on a number of complex “big money” and other high profile cases including the reported English High Court decision of F v F [2012].

James returned to O’Sullivan Davies in 2012. He has a particular interest in complex financial settlements, the law relating to de facto relationships and cases with an international element, among other matters.

Aside from keeping up to date with new and interesting developments in family law, James is also a musician and enjoys travelling, architecture, reading and other interests in his spare time.