The more things change the more they stay the same, it seems in a corporate law context.  Whilst the general economic and legal landscape in Australia remains one dotted with themes around “innovation”, “digital disruption” and the provision of alternative fee structures/fixed fee, blended rates, outsourcing, insourcing and spin-out “no frills” law firms, it is perhaps somewhat comforting that the key legal developments in corporate law over the past 12 months focus on more familiar concepts of continuous disclosure, association between shareholders as well as pronouncements in relation to pre-bid statements both in support of and to reject potential takeover bids.

However, there was certainly a degree of innovative, disruptive thinking behind changes to the regulations around crowd funding in Australia with the release of draft legislation in December. Whether or not this concept will be adopted within mainstream corporate finance remains an unanswered question in 2016.

In another nod to the innovative industry sector, 2015 finally saw the release of changes to the way employee incentive schemes operate and are to be taxed in Australia.  Whilst some would argue that many elements of the scheme take us back to where the law was (and perhaps should have remained) some years ago, there is indeed a push in terms of the new policy to provide additional breaks to those smaller entities seeking to attract and retain highly qualified staff at a time when an entity’s cash flow may be small (or non-existent).

In the passages below we provide a précis of some of these key developments over 2015.

In ASIC v Newcrest Mining Limited (2014) 101 ACSR 46 (Newcrest) the federal court had an opportunity to consider the operation of Listing Rule 3.1 of the ASX Listing Rules and, in particular, the operation of the carve-outs to disclosure in Listing Rule 3.1A, in the context of the anticipated production of gold and capital expenditure of Newcrest Mining – where certain disclosures had been made to a select group of analysts prior to that information becoming public.

Listing Rule 3.1 provides for an obligation on an ASX listed company to make immediate disclosure of “material” information within the meaning of that rule.  Relevantly for the purposes of the Newcrest decision however, Listing Rule 3.1A provides that (in summary), subject to certain conditions each being met that disclosure is able to be avoided.  One of the key conditions enabling an entity, such as Newcrest, to avoid disclosure is where information is “confidential”.  (In addition, the information would have to satisfy the other requirements of Listing Rule 3.1A, including that, for instance, the information is insufficiently definite to warrant disclosure.)  These provisions generally enable entities to avoid disclosure of information produced for internal purposes where that information may not yet be in a position able to be released and where that information remains confidential.  In the Newcrest case, certain information had been “selectively briefed” to certain analysts.  The Court found that the loss of confidentiality meant that the exceptions to the Listing Rule carve-out no longer applied, such that immediate disclosure of the expected gold production and the capital expenditure was required to be made. A failure to do so constituted a breach of the Listing Rules (and of section 674 of the Corporations Act 2001 (Cth) (Corporations Act), which imposes liability if an entity fails to comply with Listing Rule 3.1).  The resulting substantial pecuniary penalty of $1.2 million for the contraventions, whilst substantial, was justified by Justice Middleton [at 85] as a means to reflect “the importance of a system of continuous disclosure to promote confidence in the integrity of the Australian capital markets”.

The case is significant for two key reasons:

It is not uncommon in the context of a contested takeover bid for one party to allege that blocks of shareholders are acting together, generally in conjunction with the bidder, in connection with the bid. Under chapter 6 of the Corporations Act, to the extent that the shareholders could be said to be “associates”, and their collective shareholding would exceed 20% of the target, the circumstances giving rise to the association could result in a breach of the Corporations Act (section 606).  Additionally, cases such as the decision in Affinity make it clear that those circumstances may also constitute “unacceptable circumstances” such that the Panel may make orders to level the playing field and allow the bid to proceed in a transparent and orderly manner.

In Affinity, the Panel was able to draw connections between G8 and three other shareholders as a consequence of certain relationships with the chairperson of G8 and aggregate the various holdings resulting in a breach of the 20% threshold for the purposes of chapter 6 of the Corporations Act.  These circumstances constituted unacceptable circumstances in the Panel’s eyes.  The orders made by the Panel resulted in G8 being forced to dispose of shares in Affinity which would provide them with voting power in excess of 20%, in a process scrutinised by ASIC, and provide withdrawal rights to Affinity shareholders (other than those considered associated with G8) who had already accepted G8’s offer.

Depending on how it has been obtained and how it is used, a shareholder intention statement can give rise to concerns such as contravening the misleading statement provisions, takeover provisions and policy of Chapter 6 of the Corporations Act 2001 (Cth) (Act). This is particularly so where the interest the subject of the statement, when aggregated with the bidder’s interest, exceeds 20%.  A shareholder intention statement can potentially create a relevant interest in the shares the subject of the statement (MYOB Limited [2008] ATP 27) or support an inference of association (Ambassador Oil and Gas Limited 01 [2014] ATP 14 (Ambassador)).

The recent Panel decision in the Ambassador case highlighted some such issues.

In the Ambassador case, Drillsearch Energy Limited (Drillsearch) made a takeover bid for Ambassador.  Drillsearch acquired a relevant interest of 19.9% under pre-bid agreements and announced that two substantial holders and three directors of Ambassador (collectively holding 25%) had made statements that they intended to accept Drillsearch’s offer within 14 days from the opening of the offer, in the absence of a superior offer.  The Panel made a declaration of unacceptable circumstances and remedial orders, most significantly because the involvement of Drillsearch in obtaining the intention statements made it an associate of the directors and one of the substantial shareholders.  This meant that Drillsearch had exceeded the 20% takeover threshold in contravention of Chapter 6 of the Act.  The Panel also found that there were unacceptable circumstances arising from the shareholders’ actions with respect to ambiguities in the statements.

The Ambassador case serves as a warning that shareholder intention statements may support a finding of association and may not be used as a mechanism to deliver control to a bidder when some agreement, arrangement or understanding has been reached, or the parties are acting in concert, to achieve an end. Unfortunately there is no litmus test for when a bidder and shareholders making intention statements will be associates, however the Ambassador case provides a useful point of reference.

As a summary of the guidance provided in GN23, the Panel has stated that:

New tax rules were introduced to apply to shares and options (ESS Interests) issued to employees under employee share schemes (ESS) on or after 1 July 2015 by the Tax and Superannuation Laws Amendment (Employee Share Schemes) Act 2015.

The changes are designed to improve income tax arrangements for ESS Interests by making them more competitive by international standards and offering additional income tax concessions for employees of start-ups.  This is expected to make Australia more attractive as an investment destination for businesses, particularly innovative small start-up companies, allowing them to be more competitive in recruiting and retaining talented employees.  In turn, this would facilitate the commercialisation of innovative ideas in Australia.

The new rules reverse some of the changes made in 2009 to the taxing point for options and make other improvements to the existing provisions in relation to the taxation of ESS Interests issued under a compliant “Tax Deferred ESS”.  They also introduce a new tax concession for ESS Interests issued to employees by an eligible start-up company under a compliant ESS (Start-Up Concession). The Australian Taxation Office is also given power to approve safe harbour valuation methods and support to develop standardised ESS documentation.

Under the new Tax Deferred ESS rules, most notably:

The new Start-Up Concession provides that an employee does not include any discount on ESS interests in their assessable income.  Instead, the capital gains tax (CGT) regime will apply to shares and options issued and shares will be treated as having a cost base of full market value.

The Start-Up Concession applies where the issuing company and the scheme satisfy certain conditions, which are essentially that shares or options are provided to an eligible employee by an eligible start-up company (generally an unlisted Australian resident company where all companies in the corporate group have been incorporated for less than 10 years and have aggregated annual turnover of less than $50 million) at a small discount and are generally held by the employee for at least three years.

After various stages of consultation in 2014 and 2015, start-ups and small businesses around Australia were waiting with baited breath for the Federal Government to release draft legislation for crowd-sourced equity funding (CSEF) in Australia.  At present there are significant obstacles in Australia to undertaking CSEF which enables issuers to raise funds online from a large number of retail investors.  In December draft legislation was introduced to Parliament, the Corporations Amendment (Crowd-sourced Funding) Bill 2015, which was largely in line with the Federal Government’s previously announced policy.  While there has been criticism of the limited reach of the draft legislation, in our view it will still open up another avenue for funding for start-ups and small businesses in Australia.

The key eligibility criteria include:

The draft legislation has attempted to soften the additional ongoing compliance obligations that will apply to public companies who use CSEF including in respect of annual general meetings, provision of hard copy financial reports and audit requirements, so long as certain requirements are met.

There is a heavy emphasis on investor protection in the draft legislation.  Investors are required to be given details of (and acknowledge) the risks involved with the offer and are also given unconditional cooling-off rights for a period of five business days of making a CSEF application. Additionally, intermediaries will be required to act as gatekeepers with obligations to undertake certain checks prior to an offer being made on their platform, ensure risk warnings are included and suspend or close offers in response to various circumstances including defective offer statements.

With the draft legislation yet to be debated in Parliament, it remains to be seen whether CSEF will be adopted within mainstream corporate finance in Australia in 2016. 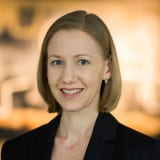 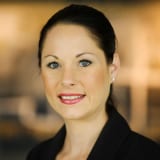