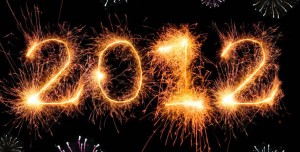 At about the same time as our Olympic team was getting toweled by the Poms at the London Olympics the not so little Aussie firm Freehills was stitching together the first truly equal footing international partnership. When discussing possible merger partners some suggested Freehills’ boss Gavin Bell had the proverbial beer goggles on when looing at the non “Magic Circle” Herbert Smith. As it turned out Bell and his partnership body ended up getting an international tie-up without having to answer to London. Call us stupidly patriotic if you will but Freehills (as it then was) didn’t manage to stop the number of Australian firms looking for an international tie-up but they did manage to put perspective into the process.

In 2010 the loss of some 14 Clayton Utz partners to launch Allen & Overy’s Australian arm had some (including those of us at Doyle’s Guide) questioning just where the firm was placed. Wind the clock forward to the end of 2012 and those questions have been well and truly answered. Clayton Utz are now arguably being stronger now that it was in 2010! Circumstance may have smiled on “Clutz” as it’s not unfair to say that there’s more than a few large firms around town that would have minded having a few less corporate ad finance partners to feed over the past few years but the firm has retained its traditional strengths and managed to rebuild some of what it lost.

Laying claim to sitting atop the Adelaide market might may seem to outsiders as being an expert marksman of fish in a barrel but for those whose practice in what is arguably Australia’s most competitive legal market, ascendancy is gained in gradual inches. Thus Kelly & Co’s recent run is nothing short of remarkable. Keeping the momentum going may be difficult but for now at least we’d suggest that when it comes to the biggest and baddest firm in Adelaide it’s now Kelly & Co followed by daylight.

Sure not every HWL lateral hire smells of the purest pedigree but the 2012 crop look a better bunch than previous years. Add to this the fact that HWL’s panel appointments in 2012 would be the envy of the vast majority of Australian firms and maybe, just maybe, the HWL story is becoming less about revenue growth and more about an uplift in quality. The race to the top of the mid-tier is not yet resolved and is now complicated by internationalisation but, in 2012, HWL laid out their credentials as a serious contender.

Reviewing Marque’s 2012 highlight reel might not yield you a selection of market shaping deals or super juicy litigation matters, hell at the end of it you might just be left with the addition of a Canadian corporate lawyer called Chaz! But you can ignore the endless waffle about how globalization is changing the Australian legal market and see that it’s firms like Marque who are truly changing the local landscape. It’s not about the firm’s absence of time billing but rather their willingness to be “different”. So long as the firm continues to do this and brings a wry smile to our faces when viewing its Twitter feed it will always make such lists.

Former Clayton Utz partners Michael Hardy and Michael Bowen were among the pioneers of the West Perth boutique legal scene and Hardy Bowen has long played an important role in the Western Australian legal market. Age is yet to weary either of the firm’s founding partners and the firm continues to set the Australian benchmark when it comes to the positioning and service offering of boutique firms and 2012 looks to have been as good of a year as any for this dynamic duo.

Securing the first fully integrated international merger and with a US firm to boot is no small achievement and common sense dictates that US firms and Australia’s mid-tier firms appear compatible. Getting cosy with a US giant is a significant feather in the Middletons cap but equally there’s an argument that just as fairly puts this wedlock as one with more challenges than benefits. For now we’ll sit with the glass half full and pat Nick Nichola on the back.

Eight lateral partner appointments and opening a Canberra office sit as just some of the highlights of 2012 for Maddocks. No longer a Victorian based local government firm Maddocks looks to have used 2012 to have finally found its happy medium between public and private sector work.

Dare we say it that Clifford Chance may have (inadvertently we’d suggest) have established the successful template for an international firm’s entry into the Australian legal market and it’s a remarkably simply 3 point plan. Good clients, good lawyers, good blokes (in the non-gender specific sense). A strong matter listing and no fall out should be all that is required to put Clifford Chance in our winners column but the firm having been the first of the international entrants to understand that more than just a finance/corporate offering is necessary in the Australian legal market is what truly sets it apart.

Calling AdventBalance a law firm is in many ways akin to calling Bold Personality, Fine Cotton (or vice versa depending upon your viewpoint). Nonetheless 2012 saw what was previously a couple of contractor based in-house offerings turn into a sizeable and significant force in the Australian legal market. Ken Jagger & Co need to take a bow for actually innovating while most of the market looks to simply fine tune their existing models.