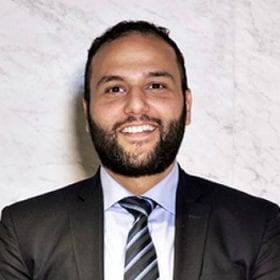 Abbas is an astute and diligent criminal defence lawyer with expertise in large and complex matters. Abbas’ strength lies in his ability to deconstruct prosecution evidence, develop defence case theories, marshal crucial evidence, and strategically litigate to ensure the optimal outcome for his client.

Abbas has extensive experience in criminal law and has instructed barristers (Queen’s Counsel, Senior Counsel and Counsel) in the Local Court, District Court, Supreme Court and Court of Criminal Appeal. He has played a crucial role in some of Australia’s most serious and highly publicised criminal prosecutions, including charges of murder, drug supply, drug importations, serious assaults, firearm and serious fraud-related matters. Abbas has also instructed Senior Counsel in interstate jurisdictions, such as Victoria and Queensland. In addition, he appears as advocate on bail applications, sentence proceedings, administrative review hearings and stay applications in various jurisdictions.

Abbas is particularly experienced in advising and appearing for clients charged with political corruption, including charges of misconduct in public office. He has advised clients in relation to investigations and/or prosecutions by the Independent Commission Against Corruption as well as the Australian Securities and Investment Commission. Abbas has represented clients in relation to investigations and proceedings instituted by the Australian Taxation Office, as well as proceedings instituted by the New South Wales Crime Commission for the recovery of alleged proceeds of crime.