Darren graduated in Law/Science at Melbourne University and was later admitted to practice law in 1986 after concluding his Articles of Clerkship in Melbourne. He then worked as a Judge’s Associate for 2 years, including work on the Sentencing Manual with Senior Judges.

In 1990, he was admitted to the Victorian Bar and was mentored by Judge Mason. Darren has specialized in areas of Family Law/De Facto Law and Family Violence for over 30 years. He has involved himself in training advocates and served on the Reader’s List committee and is a Mentor to Melbourne University Law Students.

He has also fulfilled the role of Secretary of the Family law Bar Association and was a member of the Chief Magistrates’ Taskforce Committee reporting to the Royal Commission on Family Violence.

Darren has also served as Chairperson on his List of Barristers and has trained several Mentees. In 2019, 2020 and 2021, he was a finalist in the category of Barrister of the Year for the Australian Law Awards and in 2019, Social Entrepreneur of the Year in the Third Sector Awards.

Darren is a Director of a charitable foundation, “To Be Loved Network”, which produces resources advancing the best interests of children navigating conflict in parental separation and divorce (www.tobeloved.org.au)

Darren is an advocate for victims of family violence, including children and is a strong supporter of Safe Steps.

Darren has recently published a book, “Tommy & Tiger Terry” and has launched a short film on children and family violence “TOMMY” in August, 2019, “TOMMY” – both projects are under the auspices of the To Be Loved Network and aimed to create resources to assist kids and separated families. TOMMY has just been selected from 3500 entries in this years Academy Awards and BAFTA qualifying Flickerfest International Film Festival 2020 in the best short film category, after recently scoring 6/6 on Movie Boards. It is now used as a resource internationally with discussion papers created. The film has won 12 international award and been accepted into 27 film festival in Australia and overseas. The film has the full support of the Chief Justice of the Federal Circuit and Family Court of Australia.

Mediation is a strong interest for Darren in terms of its capacity to facilitate positive outcomes for families and importantly, children. Darren is an accredited Mediator and Arbitrator.

Finally Darren is a board member for the Association of Family and Conciliation Courts.

Darren is recently appointed a Director of AFCC (Association of Family & Conciliation Courts). 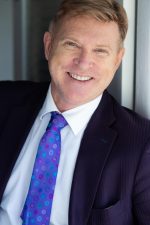