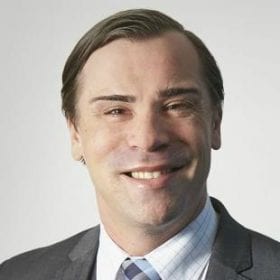 In 2005 Richard established the firm and became its founding Director.

Richard has practised exclusively in family law his entire career. The Law Society of Western Australia has recognised Richard as an Accredited Family Law Specialist. His contributions to family law include serving on the executive of the Family Law Practitioners’ Association of W.A., guest lecturing at university law schools, serving as a long-standing board member of W.A.’s largest community legal centre and making submissions to the Law Reform Commission regarding family violence legislation.

Richard has considerable experience as a trial lawyer, having been the barrister in over 250 trials. This experience includes highly complicated financial and parenting matters in the Family Court of Western Australia, along with highly contested Violence Restraining Order proceedings in the various Magistrates Courts of Western Australia. These trials have often been heard by the court over a few weeks and involved complex expert evidence.

While most firms brief out Trials to independent Barristers, Richard acts as the firm’s in-house Counsel. This offers clients direct access to the Barrister who will oversee their matter from beginning to end.

Richard is also heavily involved in philanthropy outside the practise of law, most notably as an Ambassador of White Ribbon Australia. In that role, he co-founded their major annual event in Western Australia, both in terms of raising awareness and funds against family violence.